With division being headlined daily regarding race issues I feel beyond blessed to share a story of a different color.  What a wonderful experience photographing Kaleb and his Pawpaw at Old Mill Park in Fredericksburg, Virginia.  Some of their story may be difficult to read but believe me when I say - it's a story worth reading.

Karstin started dating her son's father seven years ago.  Sadly he left her when she was only three month's pregnant with Kaleb and she was left with no other choice but to move back in with her parents.  Although this would be an ideal situation for many - such was not the case for Karstin.  You see, not only was the pregnancy itself frowned upon but to further complicate matters her father had zero tolerance for interracial dating and the baby's father was African-American.  This was a stressful time for both...as a-matter-a fact father and daughter barely spoke until Karstin was hospitalized with Pre-eclampsia at about seven and a half months.  Although these events alone would be enough to strain the best of relationships it was about to get worse.  Not only did the results of a 4D ultrasound show a diagnosis for Kaleb of Hydronephrosis in his left kidney but Karstin went into premature labor a month early. The baby had to be delivered via emergency C-section.  She longed to have her father to lean on during these traumatic events but had little hope, given the circumstances, that it would happen.  This my friends is when Karstin's story takes a turn...

Her dad did not leave her side through those critical times.  Quoting Karstin:  'It was love at first sight when my dad laid eyes on Kaleb.'  She had, throughout her growing years, never seen her father cry but this time...this time was different.  His eyes filled with tears as his heart did with love while holding his grandson for the very first time.

Kaleb, because of his diagnosis, had to be seen weekly by a specialist in Richmond until his first surgery at six months of age.  Despite long work hours away from home, Pawpaw checked in on his little Kaleb multiple times each day.  When Karstin expressed the need to go back to work and help financially her father without hesitation shot the idea down....stressing HE would take care of any financial needs either of them had until such time Kaleb was better. Karstin says:  'My dad raised my son like his own...providing for him and loving him more than I have ever seen him love anyone else.  Kaleb is now 5 years old and has been through three surgeries since birth.  My dad and son's relationship is unbreakable!  My dad says Kaleb is his heart, soul and best friend...that he wakes daily looking forward to see his face and spending the day with him.  He says there is no one in the world he loves more.'  Her dad's views on inter-racial dating have done a 180 degree turnaround after Kaleb was born.  Karstin says:  'They are truly best friends and the love he has for Kaleb is one that can't be broken.' 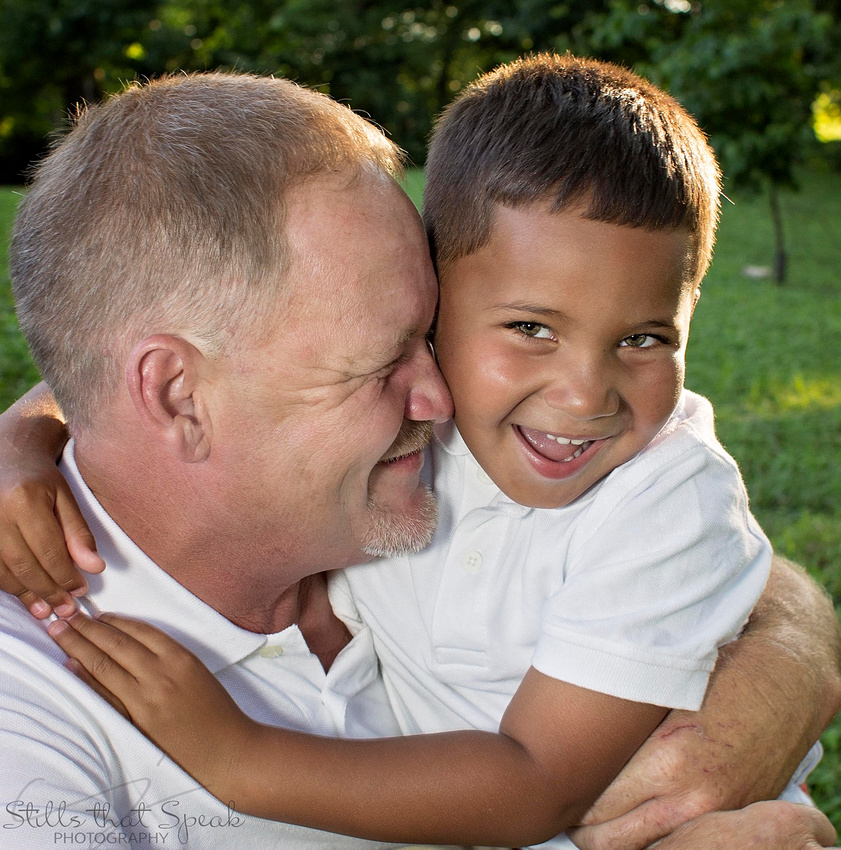 It may sound cliche' my friends...but NEVER - EVER underestimate the power of love.

'If you don't like something - change it.  If you can't change it - change your attitude.' - Mayo Angelo

'Be the change you wish to see in the world' - Gandhi

Ted Shelton(non-registered)
Beautiful story. So proud of Greg.
James Jenkins(non-registered)
Greg has always been a great guy and I would've never expected anything less than this from him! Way to go Greg Shelton
Monica Shelton-Mullins(non-registered)
My cousin is an awesome man with the soul of an Angel.
Vickie Shelton Baker(non-registered)
This brought tears my dear cuz. And I do understand how much looking into that grandbabies face. Nothing else matters .. I raised two of my 7. Love you cuz. Uncle Wayne and aunt Julie would be so proud.
No comments posted.
Loading...
Subscribe
RSS
Recent Posts
Storms With a Chance of Rainbows Gone But Not Forgotten A Grandparent's Day Family Portrait...Love sees no color Dare to dream...Dare to dance...Dare to overcome... Special Needs are not always especially apparent Rainbow Baby
Keywords
Stills that Speak Photography Lifestyle photographer Stafford Photographer Maternity Session Virginia Photographer Cake Smash Session Milestone Session Rainbow Baby Rainbow Session Stafford
Archive
January February March April May June July August September October November December
© Stills that Speak Photography, LLC
Powered by ZENFOLIO User Agreement
Cancel
Continue